My Predictions for The Future in The World 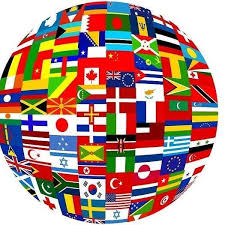 My PREDICTIONS For The Future in The World

My name is Ljubica Zec.

Since I was born I have ability to see what is happening in the future.

I can really see the future of one person companies successful ,

Professionally I do this job more than 35 years,

many people around the world are contacted me.

I can exactly see to every person future , love, marriage,

In this way I can check therapy also your medication,

method of treatment what is good or what is no good.

Hello everybody, I have ability to see what is happening in the future.
Several of my predictions what are revelation

of the earlier 3 years to 2 years a few days of events in the world.

Climate change on our planet highly

on our planet they do not like us scientific being evidence.

2] 2 years earlier that Putin will become president of Russia.

but not with chemical or nuclear weapons.
After 2-3 months they started problems in Ukraine.

4) There was some talk that there will be civil war in Ukraine .

5) My predictions by Divisions Ukraine video

I shot a few months earlier that would be part

of Ukraine within the feld of Poland.

6) That Krim becomes part of Russia.

and I publicly that on You tube and I said

as Turkey will spread to the north and south

also the territory of Europe trough the war.

After two month Turkey shot down a

Nobody in the world has announced before

of although millions who present themselves as

and they still prediction but I have ready

and I said W W 3 the third war not start

this year and not in the next year.

There are many prophecies and interpretations

to this day that are not exactly interpreted.

Many have written and written.

Nostradamus is interpreted to this day and

no one else has them absolutely

correctly interpreted and to be absolutely

sure that this is the correct interpretation.

And the question is whether anyone will be able

to interpret them ever quite right.

And now, at the present time a lot

of talk about the prophets, much is said and written about the Prophet Edgar Cayce,

And his relationship with a higher power is absolutely true.
In that way, and acted as his voice saying that he constantly listened.
And what he passed on, listening to that voice,

it was absolutely true.
Wolf Messing, who had a gift,

he was given to read other people’s thoughts,

had the incredible ability of hypnosis ….

Wanga, a woman from Bulgaria,

who had the gift of prophecy, when the blind.
He was born with that kind of power.

He seen more clearly earlier ..
Interpretations are many, and when something

and later it appears that the interpretation is not true ..

If a person is already at the end of his life,
she got the message to stop working,

and cease to impart ..

and say to her:-“Stop working, -We closing this way .. “
That moment when Force Majeure person say that it stops working.

and publicly announced and speech.

Why I say this, because Vanga the wrong predictions,

because it is safe and it said at the end of life,

six to seven months ago to stop doing and saying,
but she continued to speak,
and one of these was the start of World War III ..which is completely untrue.
end maybe many another.

I am sure, World War III will not now begin,
I certainly know that, and that he does

not need to speak or write anything.

Some crisis situation will be.

certainly will not start ..

because of force majeure are not determined,

and the people can not be stronger than the higher powers.

Why do I see for World War III for four years intensively,

and why the First World and Second World War lasted four years?
What a coincidence.

Force Majeure, if they told me to stop working,

and to stop talking, I had to stop.

and everything I subsequently

communicated would no longer be true and

Communication to the higher powers.

Connection with them would then be broken.

Force Majeure are safe and told them to stop working.

I know that from my work, and because I just know it.

a few months earlier of six or seven,

should not be considered for accurate predictions,

as well as Vanga should not be taken as a true fortune.

You tube what will happen in the World.

Of course I can see what will happen to
every Country in the World in the future. 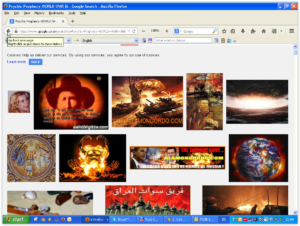 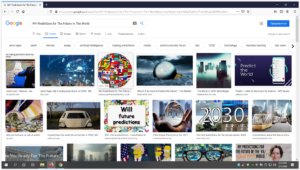 Of course I can see what will happen to
every Country in the World in the future.

From my birth – to the end of my Life,

I know, I have not learned from books.

I’m still in touch with

The Powers of Heaven”.

Possible split in the EU

Life in the future

The Country of the Future

Google – She is a legend-horoscope-kamenjeljubica